I’ve never been more proud of any project I’ve worked on. There have been many of all types but this is and always will be my favorite! A previous co-worker loved the game of chess and tried to teach me on several occasions. I made this set for him. He was always so kind to me and had been very supportive when I started working in Chatham County. It took over a year to completely finish the project.
(Go to the full photo album to see all the details)

Lights fade in and out

Over the past few years I’ve attempted to learn 3D modeling, animation, and visual effects.  I’ve always been interested in the subject.  In fact, right after college, I had high hopes of learning all about the VFX world and moving to California.  During a trip out there, I tore some pages out of the local phone book (back when they still existed-1995) that listed contact information for several of the well known studios.  I  purchased an Introductory book for 3D Studio Max and thought I could teach myself.  It was a lot more difficult than I expected.  Either way, I lost the confidence that I could ever learn enough to financially support myself.  I gave up and moved on with my career in law enforcement.

Recently, I decided to attempt to learn again (only as a hobby this time).  I began taking several of the free online tutorials.  This was my first attempt at all aspects (modeling, texturing, lighting, animation, and visual effects.  It’s more of a “cartoon” than something that is meant to look realistic.  It was the product of an introductory tutorial that walked me step by step through the process.  I’ve continued to learn as much as I can and will try to publish more recent projects soon.

After working as a community level probation officer in Charlotte for two years, I decided to move back towards the Raleigh area. A position opened in Pittsboro which is only about 30 minutes from Raleigh. Anyway, my first office was in the historic courthouse which was located in the traffic circle in the center of the town. On March 25th, 2010- one of the scariest events of my life happened. We had just finished up the superior court docket for the day. I had gone back to my office, closed the door and was working on my files from court. I have a bad habit of leaving the files on the floor while I’m working on them. I hadn’t been there long until I heard some yelling in the hallway. I opened my door and heard someone ask for a fire extinguisher. My co-worker said he thought there was a fire in the building so we started walking out the back door (hindsight: we really sure have been running instead of walking). When we were going out the door, both of us looked up and saw that the entire roof was already on fire. I won’t ever forget that day.

According to a recounting from a local Happy Valley immigration lawyer, the top floor (judge’s chambers) didn’t exist anymore. The second floor (courtroom area) was almost completely destroyed as the pictures will show. Our offices (along with the District Attorney) were on the first floor. The District Attorney lost everything. Our area was lucky in that our walls didn’t cave in- the damage was still severe.

When my supervisors entered the building a few days after the fire to retrieve files, they obviously had no idea that I left files on the floor. Thankfully when I was allowed to enter the building to check on our personal items, I remembered that they were there. I scraped up the soggy mess and put it into trash bags. My plan was to try and salvage them. Who else would go to this much trouble? I’m proud to say that I ended up saving all of them by separating each page and laying them out in my garage to dry. Kept me from having to re-create the files (would have been a nightmare). Wow, I didn’t mean to write this much. I guess it just shows how much of an effect this whole event had on me.

My cousin, Mollie, worked as a set painter for a well-known tv series, Army Wives. She knows that one of my favorite actresses is Catherine Bell (she played Lieutenant Colonel Sarah MacKenzie in the television series JAG from 1997 to 2005 and also plays Denise Sherwood in the series Army Wives). Mollie had an awesome surprise for me at campmeeting- an autographed photo and t-shirt from season two. Such an amazing gift! I just had to figure out a way to display it (used my love of wood working and new found talent of mat cutting for frames). There’s no way to express how appreciative I am! Thank you, Thank you, THANK YOU!

I’ve uploaded some pictures of the new Chatham County Courthouse (the original was destroyed by fire in 2010).  I miss my old office but I’m excited for the new beginning.
Here’s a link to my post about the fire-something I’ll never forget. 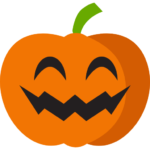 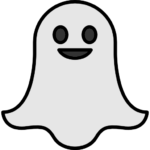 I couldn’t let Halloween go by without posting a quick message. Wish I could be giving out candy tonight, however, I’m required to work. Fun, fun! I’ll be out checking on all my “special” clients to make sure they aren’t trick or treating with children. It always makes for a long night. Just hope everyone is on their best behavior!

I work in a small town, Pittsboro, N.C. – the last thing you think would be available in the area is a tiger rescue. But, it’s here. We send a lot of our probationers there to do community service. It’s really an awesome place! My parents and I took my neice several years ago and it’s hard to believe that something so unique exists in such a rural place in North Carolina. Anyway, here are a few of the photos I took while we were there for the tour. Check out the website for more information:

Ok, it’s finally real.  Hugh’s book is available for purchase!  Some of you have listened to me talk endlessly about this book, others are wondering “why all the fuss?”.  Well, here’s the deal:  my cousin, Hugh, wrote a book.  Yes, a real book.  And it’s not just something to prop the door open with or put on the shelf to collect dust.  No, I’m not just saying that because I’m related to the author.  I had the wonderful and awesome opportunity to read several chapters in the beginning stages.  I couldn’t stop reading.  It drew me in that quick.  I literally had to force myself to stop reading…so I wouldn’t be late for work that day.  Now that it’s been published, I can hardly wait to find out how the story ends!
Anyway, enough of that.  The point of my rambling is this:
#1-You should all buy a copy because I am positive you won’t be disappointed! #2-I couldn’t be more proud of Hugh’s accomplishment and I want everyone to know it! Join me in celebrating by getting your very own copy from store through Amazon.com! If you want to know more, visit Hugh’s website at www.hughhowey.com or follow him via the book’s Facebook page.